There are few moments in life when you have the chance to meet people who put their lives on the line for the good of others. Here is one of those few – Christiaan “Otter” Bailey from California, who went his way after the accident, with a will of his own. Here is his story:

YouLife: Tell us a little bit about you

Well, my name is Christiaan Bailey, or “Otter” depending on how well you know me. I was born in Santa Cruz, California in 1981 and spent most of my childhood in the high strung and intense surfing and skating scene in SC. I turned pro with my first contract with Santa Cruz Skateboards in 1993 at age 12 and shortly thereafter, started competing and stacking other sponsors that would give me the opportunity to travel. The real hit came in 1994 when we moved to Paris, France. There, I would spend my formative years ripping the city up on my skateboard and gallivanting throughout Europe exploring the ancient ruins and cultures of the old world, as well as discovering new skate and surf spots as I went. Subsequently after graduating, when I turned 19, I helped a good friend start a back country surf expedition company in West Africa (Morocco) , and spent many years wondering the Sahara in search of perfect waves.

This all came to a screeching halt in the summer of 2006… I had just come back from a surf expedition in Senegal, literally throwing my backpack down not even a minute, when I received a call from my team manage, they were in the process of finishing up filming on a video project and needed some clips from me. So reluctantly, I grabbed my skateboard and headed for Derby Skatepark, in Santa Cruz. Now for those of you who don’t know, Dreby is a legendary skatepark. Built back in 1976, it’s a snake run covered in 40 years of spray paint, which has great flow if you know which lines to take. Well long story, short… After a couple hours of filming, as the sun was setting, I went for one last trick, which was a boneless 360, it was a trick I had been landing for years and one I certainly knew I could easily land… Well I went at it full speed and when proceeded to launch, my knee blew out on take-off, sending me careening backwards, I landed on my butt at full speed and fractured several vertebrae in my back… That moment is when one life would end and another would begin for me.

The next few weeks were difficult, but I’ve always been of the mindset, that it doesn’t do you any good to hinder yourself, on the facts in live that you cannot change. So shortly after getting out of the hospital, I set myself out on a mission to get back to the skatepark and back to the water. The next few months, I started getting together with friends in Santa Cruz and building stuff that would allow me to do just that, I started designing surfboards, specifically built for someone laying down, that would allow them to surf just as good as if they were standing up. As well as milling custom parts for my wheelchair that would increase its strength and allow me to start pushing limits again.

I started searching the web desperately for anyone who was doing anything similar, from what I saw, there were only a couple of us out there and I decided to reach out to them. At the time, social media had literally just gotten started and Myspace was the only medium of communication. The only video I could find at the time, belonged to a 14-year-old kid named Aaron, who had just started skating a year and a half beforehand, but was already killing it at the park. I talked to his mom Kaylene and together we decided to go visit a mutual friend in Seattle to do some demo’s, we because good friends and over the ensuing decade Aaron and I have travelled all over the world together, trying our best to spread the growth of the sport to new countries, it’s been a wild ride and a lot of fun! 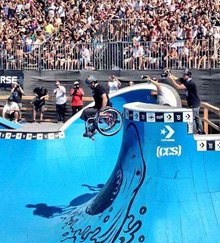 WCMX aside, I’ve spent 11 year traveling on the world championship tour of surfing, in a effort to promote competitive adaptive surfing to the rest of the world. In 2013 this culminated in my friends and I starting the ISA World Adaptive Surfing Championships, a adaptive surfing competition that includes 6 different disability disciplines, represented by over 200 athletes, from 31 countries. With surfing now being inducted into the Olympics for Tokyo 2021, our goal is getting adaptive surfing inducted in the Paralympics for Paris 2024.

Sports aside, I do a lot of international NGO work as part of a United Nations medical delegation, distributing wheelchairs to kids in third world countries. It’s not only great fun, but also very personally rewarding to be able to give back and hopefully change someone’s life for the better.

Well, that’s the incredibly abridged version of my life…

Let me know if you’d like me to expound on anything in particular. 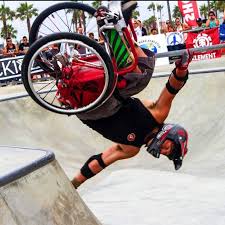 YouLife: How long have you been in a wheelchair?

YouLife: Was it a sports injury?

YouLife: What are your hobbies or better passions?

YouLife: When I see your hobbies and what you do, I’m so excited what you are able to do, you are so full with enthusiasm. It seems to me you are looking for this challenge?

I wouldn’t even call it a challenge so much, not anymore anyways. When I first started perhaps things were difficult at first, but now I have things down to a science. Looking back on it now, I don’t think I ever set out to change the world or anything, I think it was far more about just trying to find some semblance of normality in my life again after I got hurt. But we all go through that process after a injury, I’m just not one for sitting around doing nothing, I’m notoriously driven and enjoy finding solutions to problems. At times it can be a detriment, but more often than not, it’s a character flaw that has gotten me far in life. 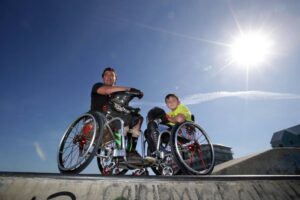 YouLife: What drives you forward?

What drives me these days, has gone far beyond my own personal ambitions at this point. Where I derive the most joy, is seeing the tangible impact sports like Adaptive Surfing and WCMX have on little kids who are just getting involved with the sports. Being able to witness first hand, the change in mindset they develop, when they come to the realization that obstacles they face are no longer impediments, but challenges to be overcome! Seeing a set of stairs, not as a restriction, but as a feature to be jumped and played with…In essence, seeing their wheelchair not as a figment of repression, but as a tool of empowerment. 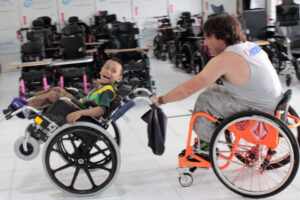 YouLife: What do you think? Where does the hype (skating) that goes so fast around the world come from?

Well the dynamic has certainly changed over the years… For a long time, it was just Aaron and I and maybe one or two others. But then, something amazing happened that would change the game and sport forever.  Jn 2009, we were invited to skate in the opening ceremonies of the 2010 Paralympic Games in Vancouver. It was a amazing experience, but what we didn’t fully realize at the time, was that fact that our performance was televised to 400 million people. From that point on, WCMX literally blew up, Aaron got a call from Travis Pastrana to join Nitro Circus the following week and my email box was inundated with dozens of requests to put on WCMX clinics in different countries. Aaron and I have spent years traveling all over the world doing these clinics… The coolest thing being, we started seeing people come together from other countries, then taking what they learned back to their own country and starting their own programs to get the kids involved. Like all movements, it’s a aggregate process that once it gathers steam, is a unstoppable force!

YouLife: In Germany, too, wheelchair skating is becoming more and more fashionable among young people, they are giving you role models – does that make you proud? (sorry we have not that kind of waves ?) – Here in Germany, this is primarily a credit to David Lebuser – you know each other?

Yes, David is one of those who is a prime example of the spread internationally. He originally came to a They Will Skate Again event in Venice I believe 2011/12 and immediately started developing his own program in Germany “Sit n’ Skate“. From what I’ve seen, he’s doing great and is expanding his program to serve ever increasing numbers of kids in not only Germany, but also Holland now too I think?! Great stuff! ? As far as being a role model, I don’t know, I never set out to be one. I just wanted to get back to doing what I loved after I got hurt, if these kids derive empowerment from what we do, then that’s all a plus as far as I’m concerned 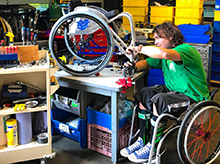 YouLife: What are your plans for the future?

Well as far as WCMX goes, I’ve taken a step back (no pun intended) in the last couple of years, to focus all of my efforts on adaptive surfing and our initiation into the Paralympics…There is only so much time in the day and at some point one has to choose. There are a lot of politics involved and perhaps one day WCMX will ascend to that level, but it still has quite a way to come! In the meantime, I’m just really enjoying watching all of the kids we taught how to WCMX all those years ago, being grown up now and then teaching a whole new generation of little kids how to skate!… It has come full circle now! ?

YouLife: We hope you will continue to support our idea with great pictures, videos and recommendations 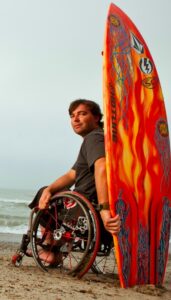 Sure, i’ happy to help where I can… If you want any pics to go with this interview, please feel free to check my albums on facebook and take what you wish.

Thanks for reaching out, have a great weekend!

Captain, Team USA / Board of Directors 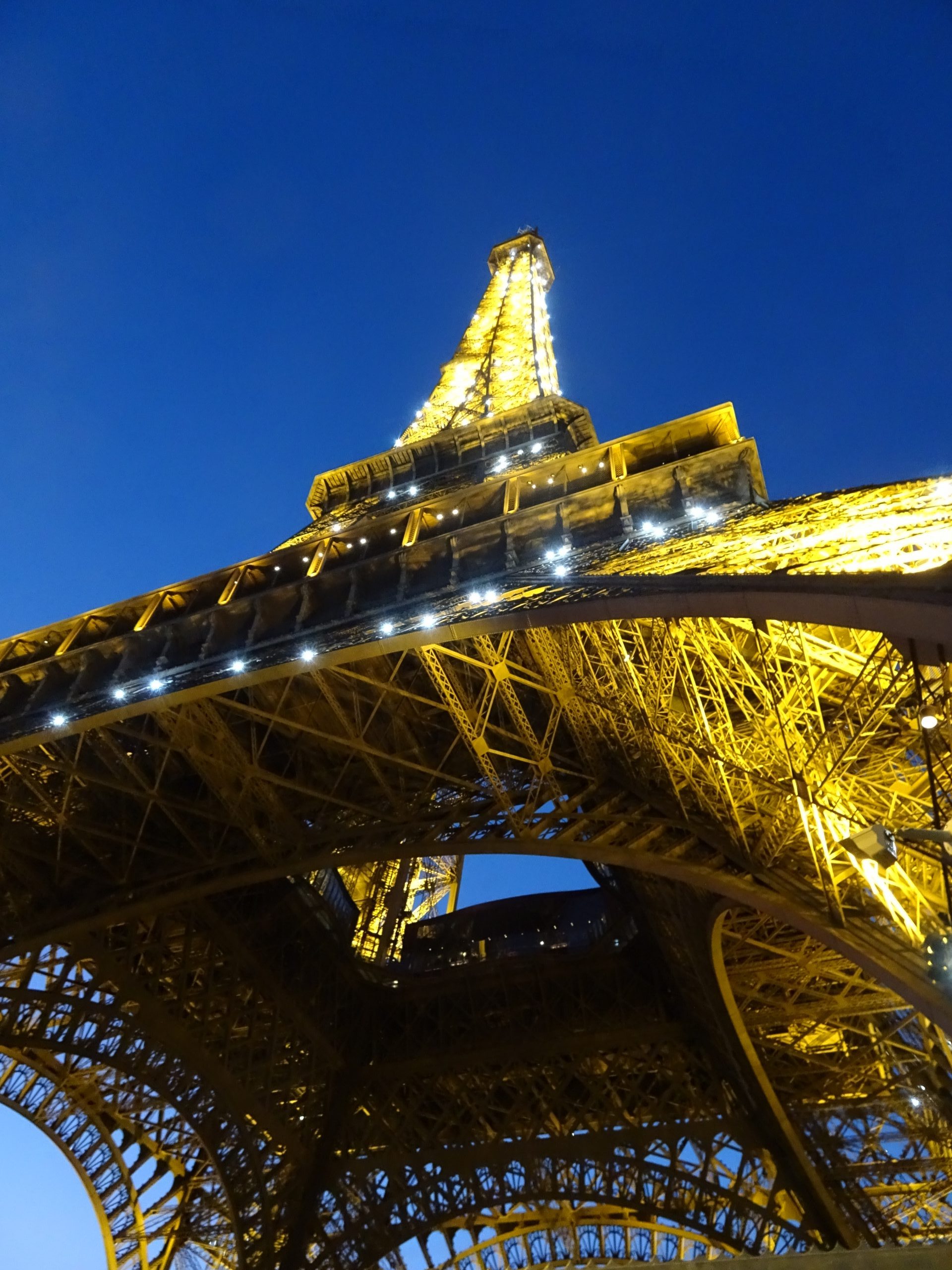 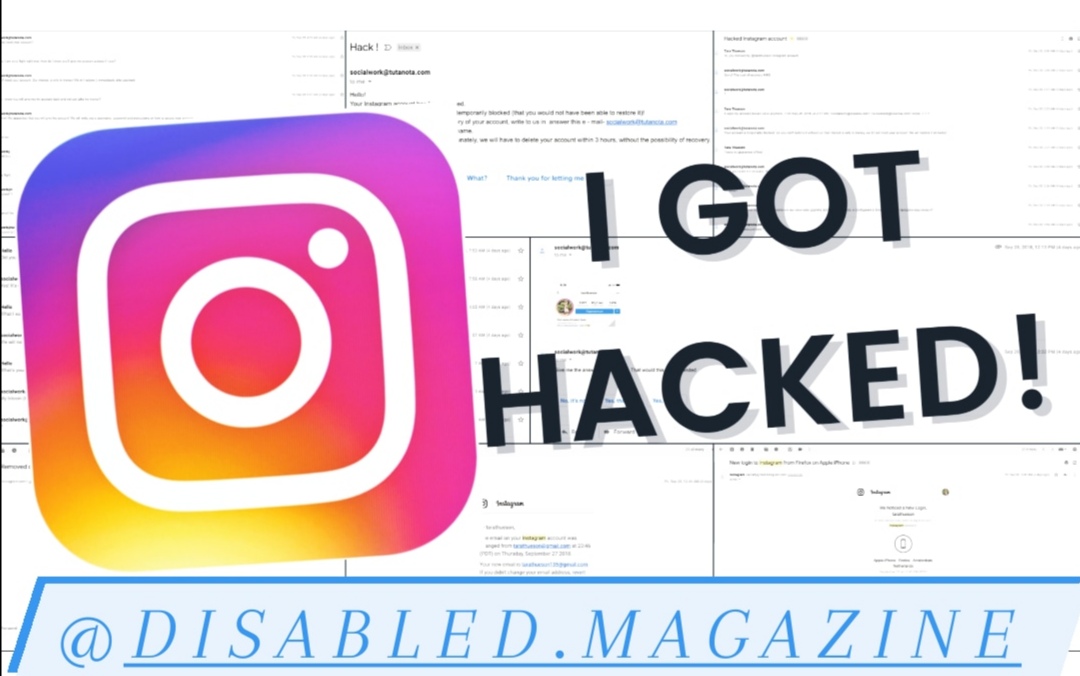 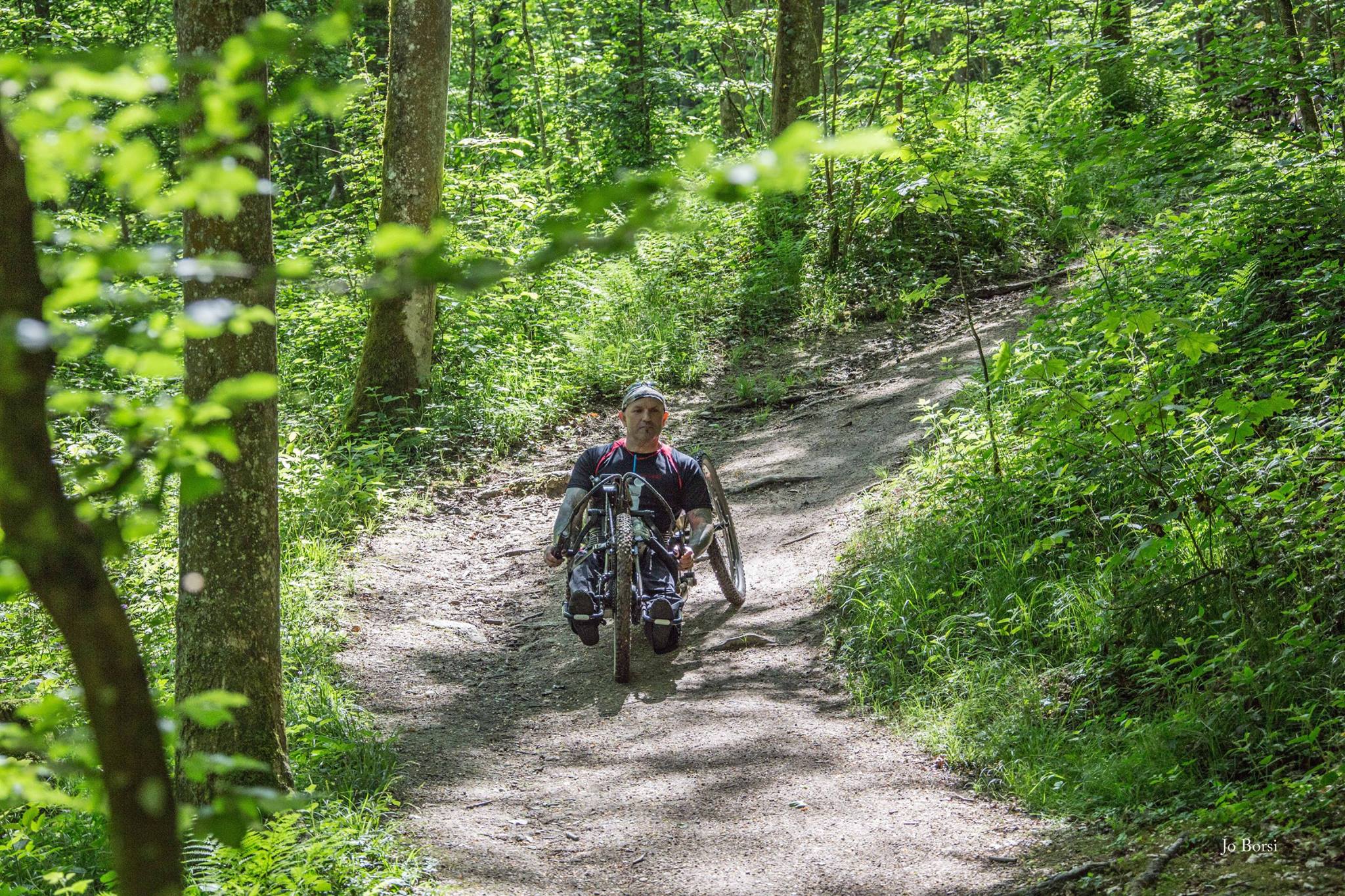