Considering Kelly Narowski’s experience in the restaurant business, balancing a tray of wine glasses without spilling a drop shouldn’t be a big deal — except that she has to balance the tray on her lap as she propels her wheelchair across the restaurant to a table of customers she’s serving.

Narowski is paralyzed from the chest down.

“It’s doable,” she told me matter-of-factly before a recent shift at the Positive Vibe Café in South Richmond. “I just have to go slow.”

Although slow is not really the way Narowski likes to do things.

Admittedly a little headstrong and definitely on the adventurous side, she engages life full-tilt. She likes to prove to herself that she can do whatever she wants, in the process proving wrong those who doubt her. She travels around America all the time by herself, and she’s gone to Paris alone in a wheelchair. It just takes a little planning, she said.

“I lay in bed at [age] 25 realizing I wanted to die and I wasn’t going to die anytime soon,” recalled Narowski, now 36, who was left a paraplegic by a traffic crash in California. “You have two choices: You can lie in bed the rest of your life, or you can get up and make things happen and be independent. I got a new boyfriend, got a job, got a car and kept doing things.”

That included going to work full time as a corporate travel agent a year after the crash. The wife of an Army lieutenant colonel who transferred to Fort Lee earlier this year, Narowski took a new job a few months ago, volunteering as a part-time waitress at the Positive Vibe Café, a restaurant in the Stratford Hills Shopping Center that not only serves ex cellent food but trains people with disabilities to work in the food service industry and hires some of them, too.

Narowski didn’t need any training — before her injury, she waited tables at high-end resorts where you’d get in trouble for wearing the wrong hair clip. She just needed a chance, which was provided by Garth Larcen, the restaurant’s founder.

When it comes to hiring people with disabilities, there’s no one more open-minded than Larcen, but he told me he wasn’t sure he’d see the day when someone in a wheelchair could wait tables simply because of logistics — like carrying a tray of wine glasses. He happily concedes Narowski has shown him it can be done.

“Independence is important to me, and I believe independence is a big part of equality,” said Narowski, “and equality for people with disabilities is what Garth promotes here.

Which brings us to October, National Disability Employment Awareness Month. Great strides have been made over the years in just opening doors for the disabled, said Jim Rothrock, commissioner of the state Department of Rehabilitative Services, who’s been paralyzed and in a wheelchair since he was injured in a sledding accident as a teenager.\

“My career was directed by places that I could physically get into, which in 1971 were few and far between,” said Rothrock, 60.

That’s changed considerably for the better, although some hearts and minds still need to be convinced. The lousy economy has hit the disabled particularly hard. Nationally, the rate of unemployment among people with disabilities reached 16.9 percent in August, compared with 9.3 percent for persons without disabilities, according to the U.S. Department of Labor.

Statewide, Rothrock said his agency usually is able to help about 4,000 people with disabilities find jobs each year. This year, he expects to find jobs for only about 3,200.

To applaud employers who do the job when it comes to hiring the disabled, DRS will hold a luncheon today at the Sheraton Richmond West to honor nine who went above and beyond.

Still not convinced about the value of hiring the disabled? Look at it from the bottom line. 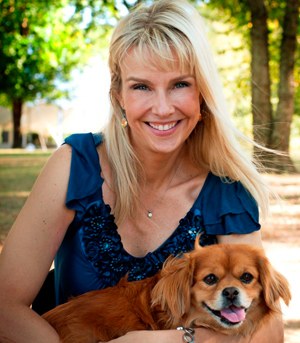 “Many times our people are unfortunately in positions where they have to use taxes,” Rothrock said. “If you can take somebody who uses taxes and turn them into somebody who not only doesn’t use taxes but generates taxes, that’s a classic win-win.”